Whether we have an actual grill or not, Goddesses adore “grilling” because of all the fantastic food and fanfare that tend to come with “grilling” — backyard barbeques, juicy burgers, tailgating, shish kebabs, outdoor parties (By the way, for those Goddesses who don’t own an actual grill, don’t worry. Using your stove is perfectly fine and it’s still considered “grilling” as far as we’re concerned. It’s just not “grilling out” and don’t let anyone tell you otherwise).

Anyway, our favorite “grilling” escapades always involve Sliders of the Goddesses because A) they’re so much more chic and delectable than blah-boring-burgers-and-buns and B) they’re so much more chic and delectable for our figures. Too good to be true? We don’t believe in that saying. If it’s too good, then it’s absolutely true for Goddesses! That’s just the world we live in. Goddesses get to have it all. Simple as that.

So, here’s how to make the Sliders of the Goddesses: 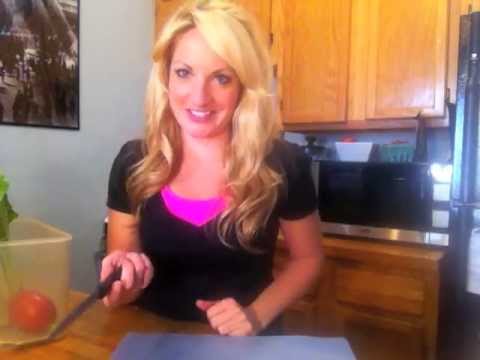 INGREDIENTS (for about 6 Sliders of the Goddesses):

Peel your onion and cut it in half. Slice one half and dice the other half.

Then, divide that meat mixture into roughly 6 equal parts (just kind of pull it apart into 6 pieces that look about the same size. This gives you a chance to keep all the Sliders of the Goddesses close to the same size). Then, take one of those 6 pieces, and using your hands, roll it into a ball and then flatten it into a patty. Then, repeat that with the remaining 5 parts.

Put the patties either into a pan on the stove on medium high heat or on the grill and cook them until they’re browned on both sides, and cooked on the inside according to how you like them. How long to cook them depends on how hot your stove or grill gets but to give you a general idea, to cook them well-done, usually about 8-10 minutes on either side will do the trick. If you want them medium-rare cook them a few minutes less on each side. Just use a knife to poke through the center a bit so you can peek at how much it has cooked on the inside.

While the sliders are cooking, wash your Romaine lettuce leaves and either spin them in a salad spinner or dab them with paper towels to get the excess water off.

Also, this is a good time to slice your tomato, keeping the slices round.

Then, when the sliders are just about done, flip them over one more time and, if you want cheese, put a thin slice of cheese on top of each one. This way the cheese melts faster because it’s on the side that is the hottest.

One Response to "Sliders of the Goddesses"